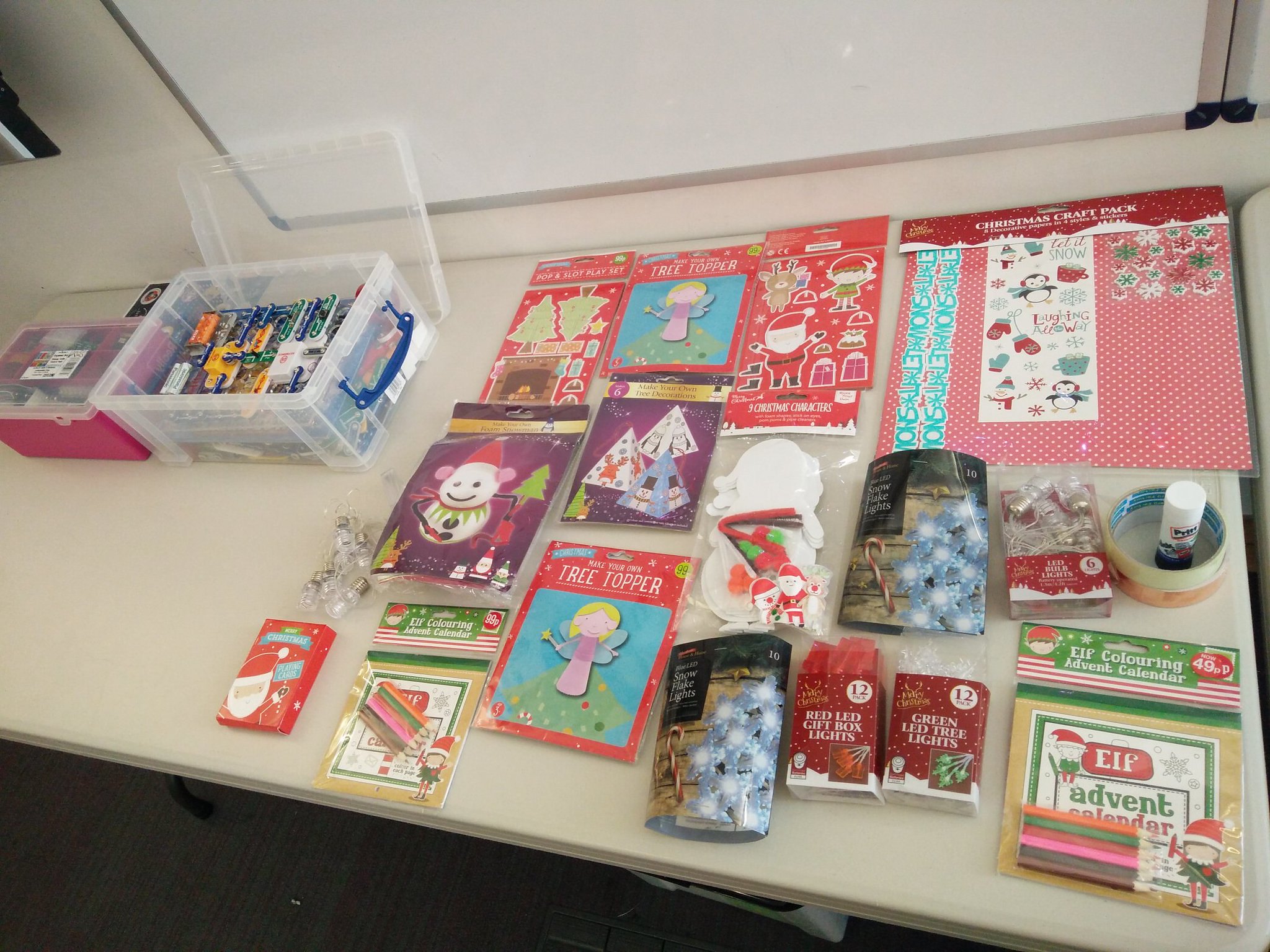 We had plenty of stuff to hack this month!

On December 9th we had the final Blackpool Raspberry Jam of 2017, and the makers were challenged to make...

"A new toy for Father Christmas"

and WOW did they make some cool projects.

By the way you can still take part in Invent:Advent, it takes places between 13-20 December and you don't need to spend lots of money to take par. More details at bigl.es blog 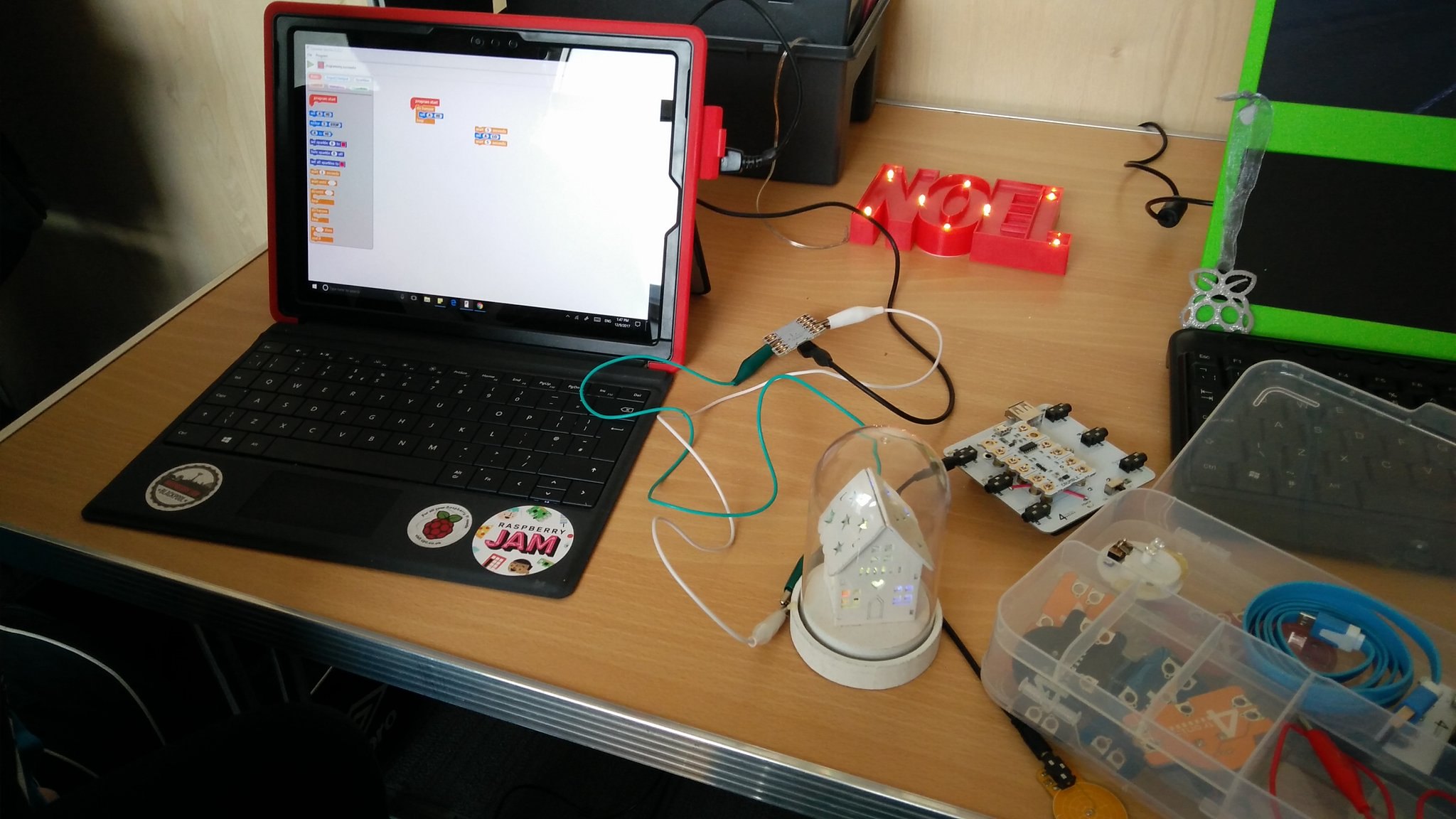 "C" made a great Crumble controlled Christmas decoration, which used a Crumble micro-controller (it uses a block language similar to Scratch) to control a string of small LED lights placed inside the scene! 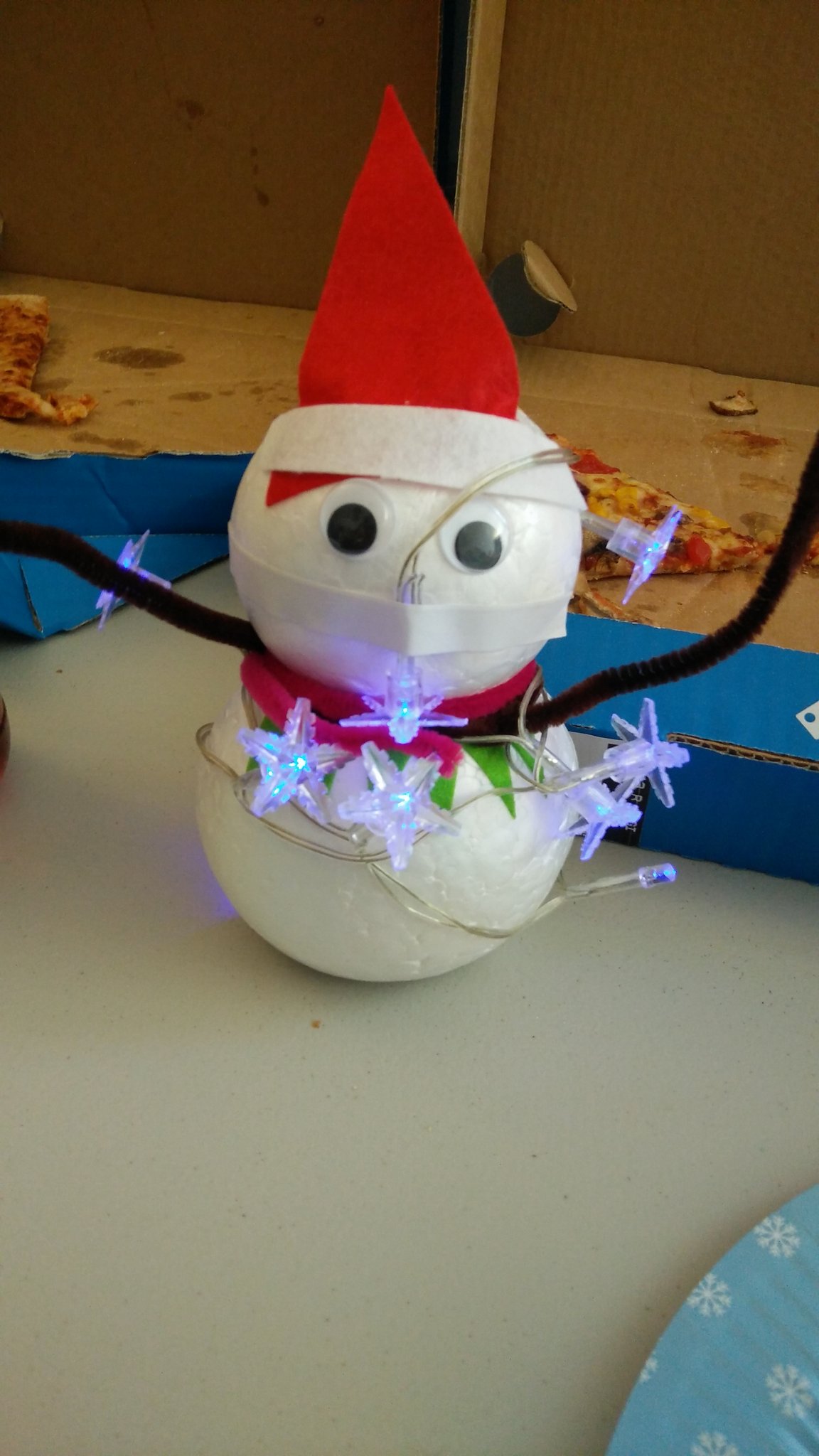 "D" made a fantastic snowman which came with his very own wearable tech, in the form of a string of LED lights to keep the snowman safe in the dark. He also protected the pizza...!

"E" and "M" made their very own sound reactive Christmas decorations using Hot Wires (also known as Snap Circuits) and a string of Poundland LEDs.

"M" also had some homework, and spoke to Les about who Ada Lovelace was, and what she accomplished in the field of computing / programming. "M" now has plenty of information to show in class this week.

"G" Learnt how to use neopixels with the micro:bit and the Codebug boards!

Eldest and I had a great time at @bplraspjam today. There was pizza!! And we got a cool beginner's makers box. Thanks @biglesp! pic.twitter.com/TBNGm7X0X2

To say thank-you for everyone's hard work, each child received an early Christmas present in the form of their very own makers kit and a specially created laser cut Christmas bauble!

Merry Christmas to everyone!

Have a lovely Christmas / Holiday and we shall return in 2018, January 13, 1pm at Palatine Library. Tickets and details to follow!

Happy New Year! A new year, and a new opportunity at the Jam! For our first Jam of 2018…

Free tickets available here In a workshop far away, elves work night and day to bring us the latest…